Thanks goodness the heat had gone! The hottest April day in 70 years was just two days ago and the weather for this event on 21st/22nd April at Tunbridge Wells was perfect.

Unfortunately the lawns were not really fast enough – they needed another cut, but this had been delayed due to the earlier poor weather in March/April.

Alex Jardine managed as well as ever, with a full house of 13 players, but due to the lack of speed many games went to time, so most players only had 5 games over the weekend.

After a short hiatus in the last couple of years the winner was again from Medway, with Robert (left) adding his name to the Cup for the nth time by beating John Daniels +3, +6 in the best of three final. Jon Diamond from TW came third by beating Brian Havill +3, +20 in the 3rd place final. 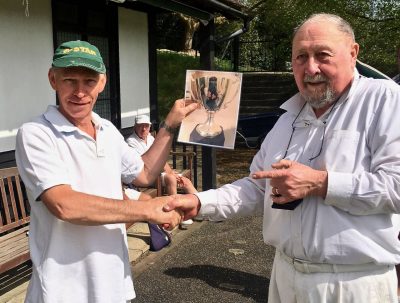 Additionally, a special presentation was made to David Parkins from Medway, who cam to spectate for the day, and who’s retiring this year as captain of Kent for the InterCounties after many years. 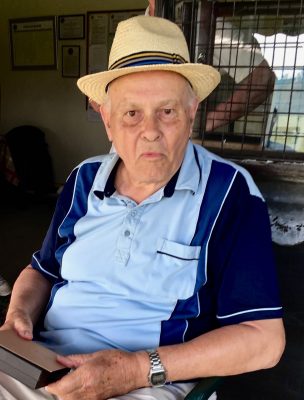