Play started promptly Saturday 30th July with six players competing in the glorious weather and the lawns were looking green and true…
David Dray, as tournament manager, decided that the format would be a round robin all-play-all to determine the overall winner.  After the first round went to 3.5 hours, a time limit of 3 hours was applied to subsequent rounds.
After close of play on Saturday there were four players with 2 out of 3 wins.
Sunday started on time again at 9:30am. In Round 4: 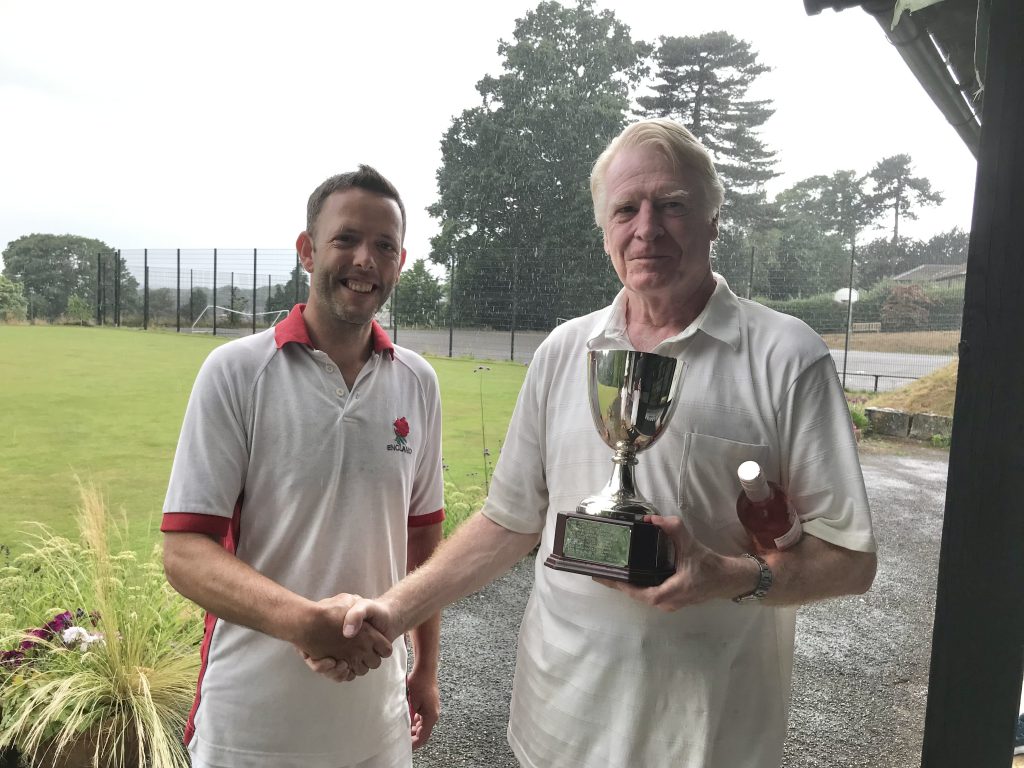 The placings were John Greenwood 1st, Charlie Martin second and David Dray in 3rd place – Tim had his handicap reduced to 4.5.