A somewhat chilly weekend, but with only spits and spots of rain, saw another full-house for the AC Kent Cup, held in TW for about the seventh year in a row. Sadly, despite being held at home, none of our members won it this time; actually no TW-player has ever won it! Medway have been just been generally too good. [Actually one has, but he was playing for Medway at the time…]

Although the lawns looked good from a distance and they are pretty flat, they are somewhat bumpier than even earlier in the season, presumably because the mowing  has only just got down to Summer playing length and so exposed the patches of lawn where grass has not taken (not enough grass seed in the Autumn top-dressing?).

Well, to the playing: Robert Alexander was the highest ranked player, so it wasn’t a total surprise that he won, but the next ranked players Jon Diamond and Jonathan Lamb (Canterbury) both lost in the first round of the knock-out. In then end the final was between Roger, who had come a really long way to join us, and Robert, who we know really well and who won in two straight games.

Thanks to Alex for managing it really well again, but this may well be his last… And next time hopefully in Canterbury! 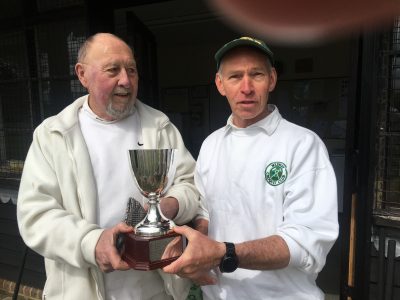 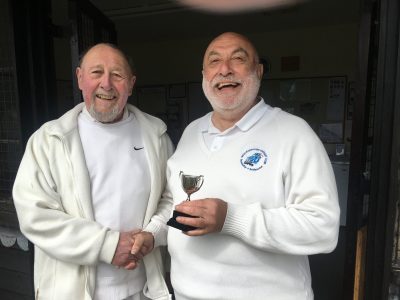 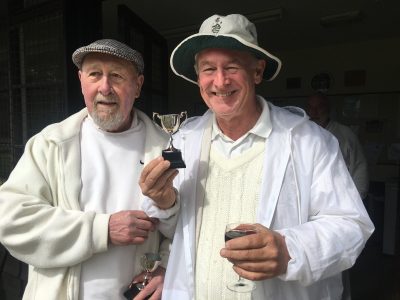